Born in Lethbridge, Alberta, Ernie Afaganis, also known as “The Greek”, started covering the Edmonton Eskimos for private radio in 1953. He moved to CBC-TV in 1963 and until 1980 was the network’s host for their Western league and play-off games.

Afaganis handled a long list of other assignments, including several Olympic Games, earning several broadcasting awards along the way. With his broadcasting duties, Afaganis was president of the Football Reporters of Canada (FRC) in 1979.

Ernie Afaganis was inducted into the Football Reporters of Canada section of the Canadian Football Hall of Fame and Museum in 1988. 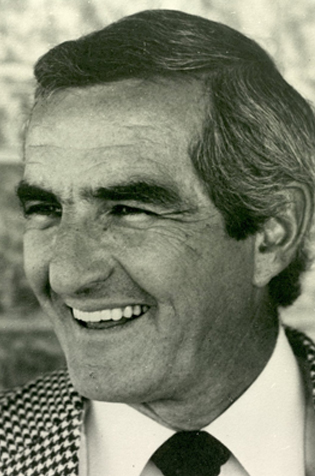