Russ Rebholz, the “Wisconsin Wraith”, was one of the first two imports to arrive in Canada from south of the border. He came to the St. John’s RugbyCclub as a player/coach, after having been an outstanding athlete at the University of Wisconsin.

“Doss” Rebholz was a versatile backfielder, known for his passing, running, blocking and kicking abilities. In a 1934 Exhibition Game he threw one of the longest passes ever, 68 yards in the air, to Lynn Patrick for a touchdown. In the 1935 Grey Cup game Rebholz threw two touchdown passes, and led his “Winnipegs” to a Dominion Championship over the favoured Eastern rivals, the Hamilton Tigers.

In 1984 Russ Rebholz was elected to the Winnipeg Football Club Hall of Fame. 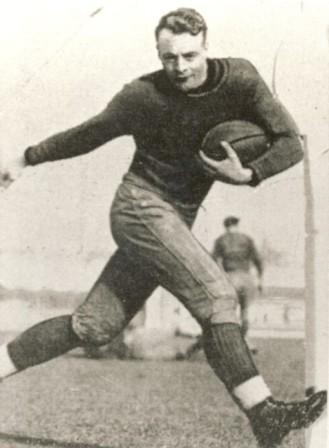