Melvin “Fritz” Hanson was lured from North Dakota by Joe Ryan and became one of the premier running backs in Canadian football.

in the 1935 Grey Cup game, the first championship won by a Western team, Fritz Hanson returned punts for more than 300 yards. After the game a Hamilton player said, “sure, Winnipeg won the Grey Cup. but they had a greyhound to fetch it.”

Fritz Hanson, who earned the nickname “Twinkle Toes”, is also honoured at the Manitoba Sports Hall of Fame. 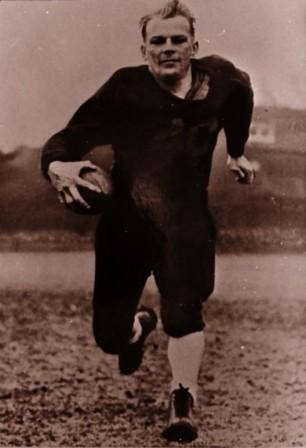