Lui Passaglia graduated from Notre Dame high school, where he played quarterback. At Simon Fraser University, Passaglia played wide receiver as well as handling the kicking chores. In the 1976 Canadian College Draft, he was selected as the fifth pick overall by the BC Lions and spent his entire career with the team.

Passaglia was named All-Western nine times and All-Canadian four times. He is a member of the BC Sports Hall of Fame. 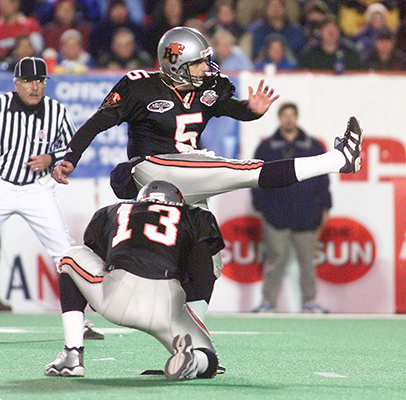