During his career, Ken Charlton was a stellar performer at many positions. An all-star at flying wing and running back, Charlton was also an excellent punter and tackler, and could play quarterback if called upon. 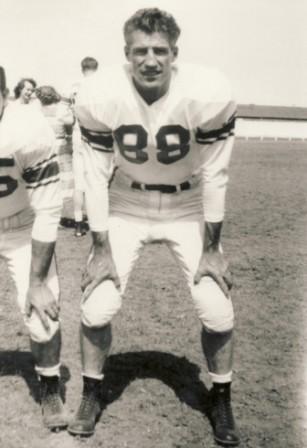