One of the Blue Bombers most popular players, Joe Poplawski electrified fans with his versatility and his all-around athletic ability. Poplawski even tried his hand at kicking when Trevor Kennerd was injured in the 1986 season.

Poplawski finished his career in 1986 with 549 receptions for 8341 yards and 48 touchdowns to his credit.

Joe Poplawski was nominated the Most Valuable Bomber in 1978 and 1980 through 1984. Poplawski is also a member of the Manitoba sports hall of fame. 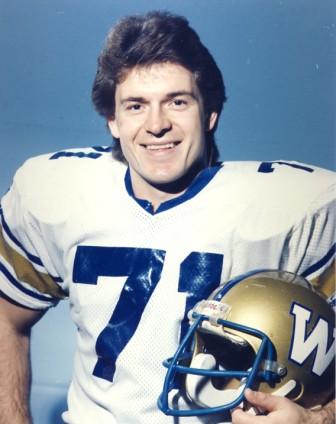