Jerry “Soupy” Campbell joined the Calgary Stampeders in 1966 following graduation from the University of Idaho. He was traded to the Ottawa Rough Riders midway through the 1968 season where he remained until 1975. He completed his career playing two games in Calgary in 1976.

Campbell was one of the Rough Riders team captains and was the heart and soul of the defensive unit know as “Capital Punishment”. The tough middle linebacker was Ottawa’s representative at the” All-Pro Countdown” in 1975. He played in three Grey Cup Championships while Ottawa (1968, 1969 and 1973), all victories for the Rough Riders Squad.

Jerry “Soupy” Campbell is an honoured member of the Ottawa Sports Hall of Fame. 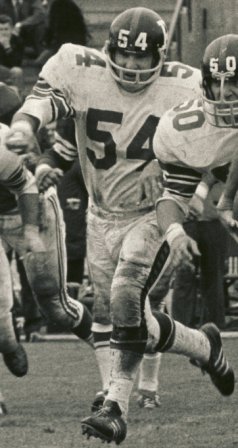