Bill Clarke, a native of Regina, played his amateur football in the city before moving up to the local professional team, the Saskatchewan Roughriders. He became one of the longest serving members of the Squad, playing 14 years for the green and white.

Clarke played offensive and defensive tackle and for eight seasons he was the defensive captain, after an all-star season in 1961, he suffered a knee injury which required surgery, but was back to winning form in 1963. That year the Riders’ defense went five games without yielding a touchdown.

The Saskatchewan Roughriders honoured Clarke’s dedication with a life membership in the Club in 1963. He was inducted to the Plaza of Honour in 1979. Bill Clarke is an honoured member of the Saskatchewan Sports Hall of Fame. 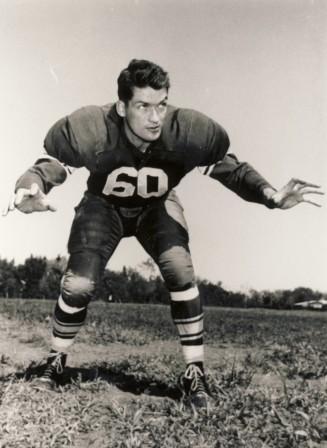