Jack Jacobs, a Creek Indian from Oklahoma, was known as “Indian Jack” throughout his career. He came to Canada to play with the Blue Bombers after a successful career in the United States.

In the 1953 championship game “Indian Jack” Jacobs completed 31 passes for 357 yards, providing a great aerial display, but, the Bombers could not defeat the powerful Hamilton Tiger-Cats. 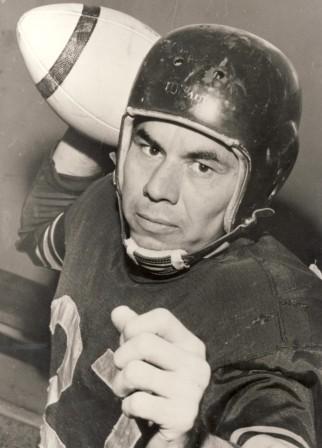