George Reed was a superb running back who made a tremendous contribution to Canadian football. During Reed’s time in the league, was the leading rusher during the 1965 to 1969 seasons and as well the 1974 season.

George Reed was the first recipient of the Tom Pate Memorial Trophy, which is presented annually by the CFLPA. 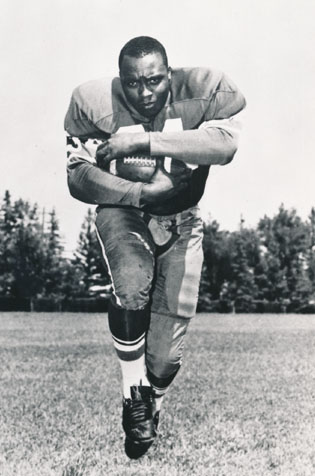