A native of Eastern Canada, Frank J. Hannibal arrived in Winnipeg in 1934 and immediately inspired the Winnipeg football organization.

The newly-recruited executive was determined to build a Grey Cup Contender. Hannibal’s efforts were rewarded when, after only one year, Winnipeg defeated the Hamilton Tigers for the first Grey Cup victory ever won by a western club. The team won the championship again in 1941 when Hannibal returned as the club president.

In addition to being president of the Western Interprovincial Football Union (WIFU), Hannibal held many offices with distinction. His tremendous zeal, unceasing effort and inspired leadership contributed greatly to the building of football in western Canada.

Frank J. Hannibal was honoured at the 1953 Grey Cup dinner. 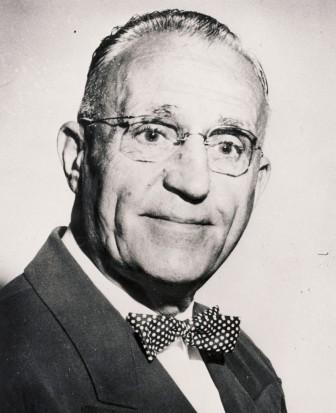