Bass began his career in the Linebacker position. In 1981, he was traded to the Calgary Stampeders, where he was named an All-Canadian and was also named to the All-Star team in 1982 and 1983. Bass moved from Calgary to the Edmonton Eskimos and continued his stellar CFL career from 1984 to 1991 where he won numerous personal achievements.

Highlights of his 12-year career includes 23 interceptions for a total of 243 yards returned and one touchdown. He recovered 21 fumbles for a total of 109 yards with two touchdowns and had 52 quarterback sacks.

Danny Bass was added to the Edmonton Eskimos’ Wall of Honour in 1992. 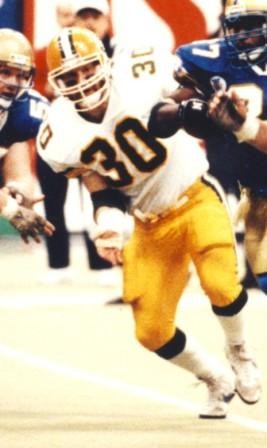