Kenneth G. Montgomery played hockey with the Central Alberta senior champions in 1923, prior to his career as a sports executive.

From 1934 until 1940 he was the president and executive officer of the Edmonton Athletic Club.

Montgomery was one of the founders of the Edmonton Eskimos football club, and was their road secretary in the late 1930’s. Following service overseas in the second world war, he was the Eskimos’ president during the 1950’s. The Edmonton squad was very powerful, winning the Grey Cup over the Montreal Alouettes in 1954, 1955 and 1956.

Kenneth G. Montgomery was a member of the Shrine Committee of the Canadian Rugby Union (CRU), and assisted in the initiation of the East/West shrine charity games which were held from 1954 to 1956. 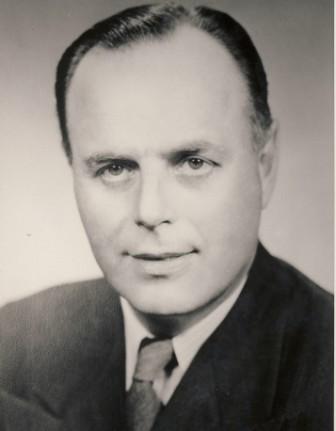