While attending Drake University in Iowa, Johnny Bright set 20 records in football, track and field, and basketball. He was the first draft choice of the Philadelphia Eagles in 1951. 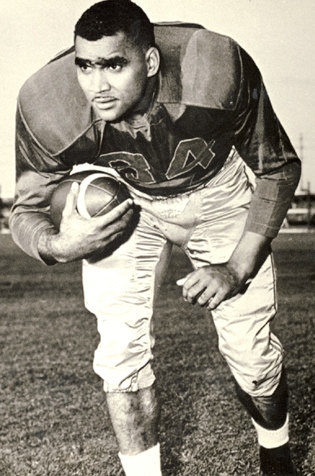