John “Red” O’Quinn came to Canada in 1952 following an all-star career at Wake Forest University and a short stint in the NFL.

Montreal appeared in the Grey Cup Championship against Edmonton in 1954, 1955, and 1956. In the 1954 contest, “Red” O’Quinn had 11 receptions for 271 yards and scored two touchdowns. Following his playing career O’Quinn was the general manager with Ottawa, and later Montreal. 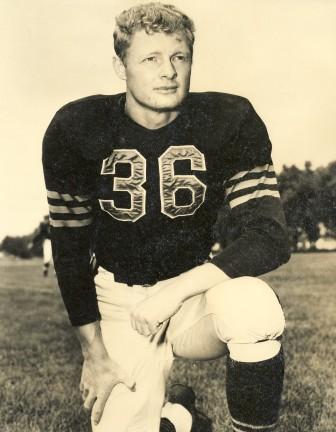