Glen Weir was born July 23, 1951 in London, Ontario. Weir had a successful minor football career with the London Lords before starting his professional career with the Montreal Alouettes via a trade with the Hamilton Tiger-Cats.

During his first three seasons with the Alouettes, Weir played consistently at the defensive tackle position never missing a game. In 1975, he had a break out season. In August of that year he was voted the O’Keefe Defensive Player of the month. That same year he was selected as an Eastern and All – Canadian All – Star, as well as being the Alouettes’ nomination for the Schenley Awards Outstanding Defensive Player.

Weir had his best season in 1977 as he was voted the O’Keefe Player of the Year, as well as being awarded the James P. McCaffrey Trophy for Outstanding Defensive Player in the Eastern Division. He also won a second Grey Cup ring and was voted the most outstanding defensive player in the Grey Cup game.

Glen Weir rarely missed a game in his 13 season career earning him the reputation of being one of the most durable players in Montreal’s history. 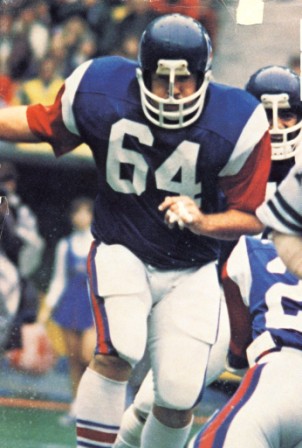