After graduating from Jacksonville State in 1974, Dieter Brock signed a one-year contract with the Winnipeg Blue Bombers and assumed the starting quarterback role in October, 1975. Always known for his strong arm, Brock trained by throwing weighted steel balls at a target.

Brock played in the 1984 Grey Cup championship where his team lost to Winnipeg.

Dieter Brock was inducted to the Winnipeg Football Hall of Fame in 1990. 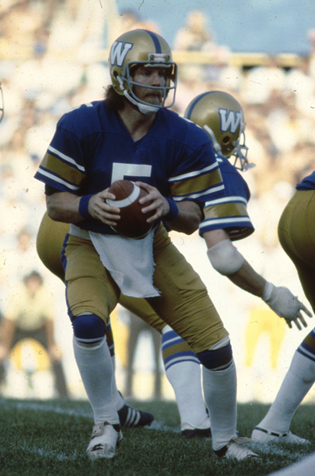