Chester “Ches” McCance was a colourful individual who combined exceptional football talent with leadership qualities and a great dedication to the game.

McCance was a graduate of junior football in Winnipeg. In 1937 he moved up to the Blue Bombers. He was an accurate kicker who twice was second in the Western Scoring Race. He played in eight Grey Cup games and scored 17 points in championship play. Ches McCance was one of a select few who played for both Eastern and Western Grey Cup winners.

Ches McCance played during the days when the game was making the transition from amateurism to professionalism. He was a true amateur in spirit, whose love of the game transcended the desire for material benefit. 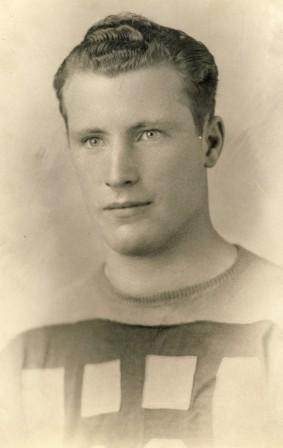