Albert (Ab) Box was an all-star halfback and a superb punter who was known for his 60-yard kicks. He scored points in both the 1930 and 1933 Grey Cup Games.

Box played under the direction of coach Ted Reeve at Malvern Collegiate, and then later with Balmy Beach in Toronto. He was also a member of Lew Hayman’s powerful Argonauts squad of the early 1930’s.

Box earned the full respect of both team mates and opponents because of his great talent and sportsmanship.

Ab Box is a member of Canada’s Sports Hall of Fame. 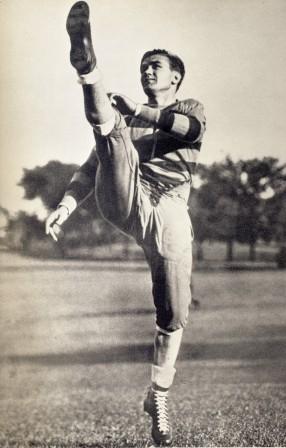