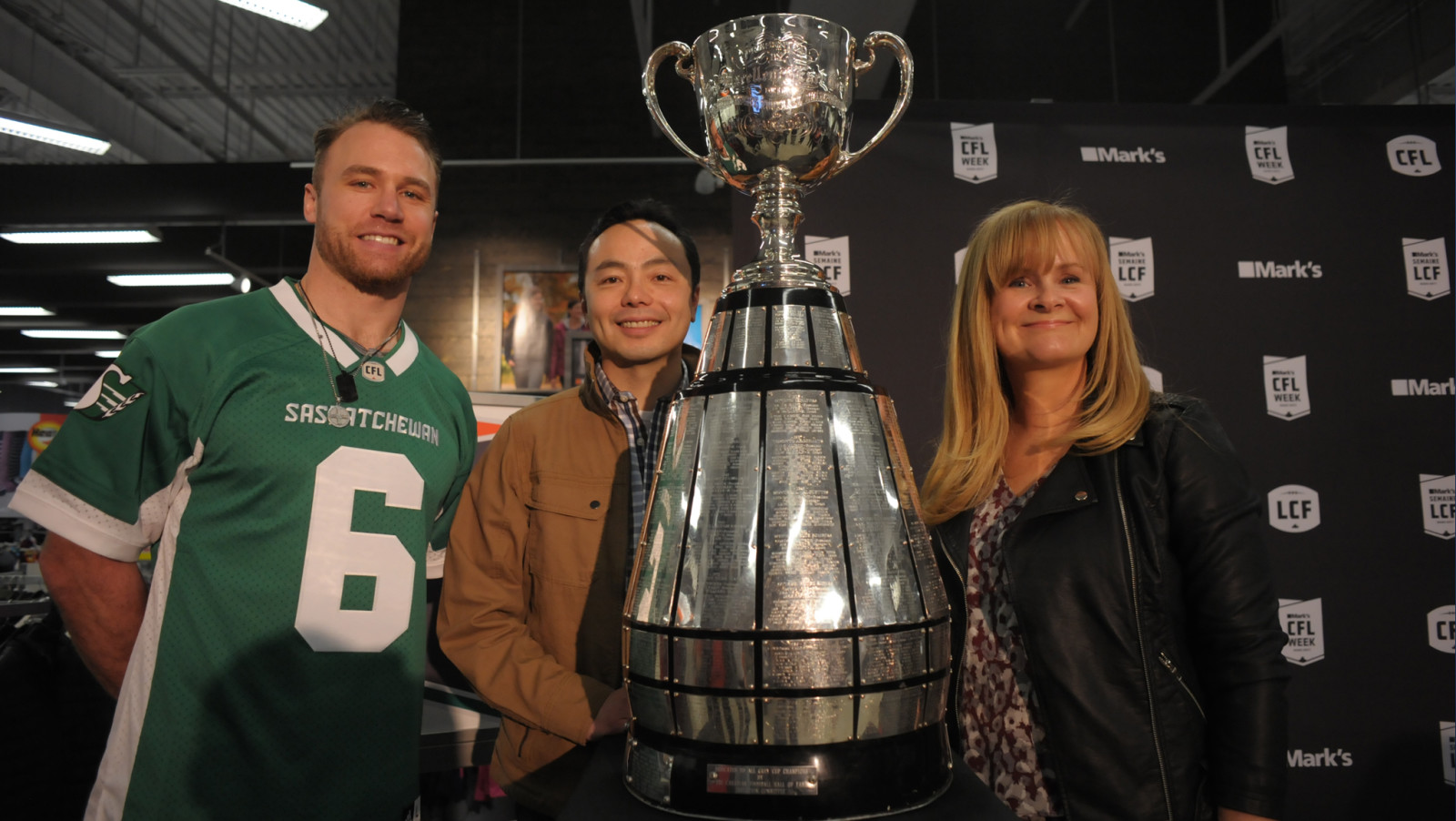 REGINA – Mark’s is partnering with the Canadian Football League to deliver something new and exciting for Canadian football fans.

Mark’s CFL Week – coming to Saskatchewan March 21-26 – will bring together the game’s biggest stars, leading coaches, top prospects and most beloved legends in one place for one amazing fan experience.

“We couldn’t be more excited to our CFL partnership to the next level by becoming the title sponsor of Mark’s CFL take Week. As a Canadian company, we want Canadians to know we love football just as much as they do and what better way to do that, than this,” said David Lui, Vice-President of Marketing at Mark’s.

“This will be the biggest off-season event in the long and storied history of the league,” said Christina Litz, Senior Vice-President of Marketing and Content at the CFL.

“We’re combining some of the most important events on our calendar, such as the CFL Combine for draft eligible prospects, with new opportunities for fans, including a week long Fan Fest, a VIP reception unveiling the 2017 Class of the Canadian Football League Hall of Fame, and much, much more.”

At a special media event today at the Victoria Square Shopping Centre’s Mark’s store, details of the Mark’s CFL Week line-up was unveiled. Here are some of the highlights: