Ron Stewart was selected as Queen’s University’s Most Valuable Player three times. Stewart broke all of Queen’s records for touchdowns and scoring points, and was a member of Yates Cup championship teams during the 1955 and 1956 season.

Ron Stewart’s number 11 jersey has been retired by the Ottawa Rough Riders, and is also a member of the Queen’s University Football Hall of Fame and the Ottawa Sports Hall of Fame. 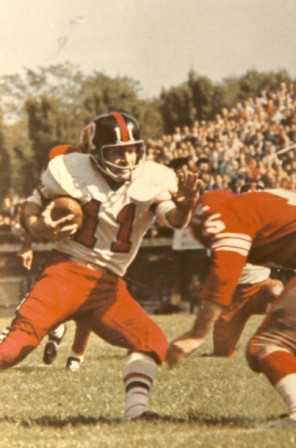