Dick Shatto came to Canada after attending the University of Kentucky where he was a football and track star.

During his stellar career Shatto played fullback, halfback, slotback, and flanker. He established 15 Argonaut club records and over 12 seasons he scored 542 points with 91 touchdowns, three converts, and one single. He was the eastern scoring leader in 1963 with 81 points. During 1962, 1963 and 1964 he was the Eastern Conference Leader in Pass Receptions with 47, 67, and 53 respectively.

Dick Shatto was Toronto’s nominee for the Schenley Most Outstanding Player Award seven times, and was the runner-up in 1958 and 1964. 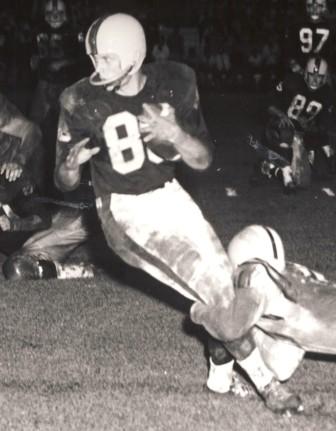