HOF Profile: Johnson, “It’s just a level of intensity and it won’t be replicated” 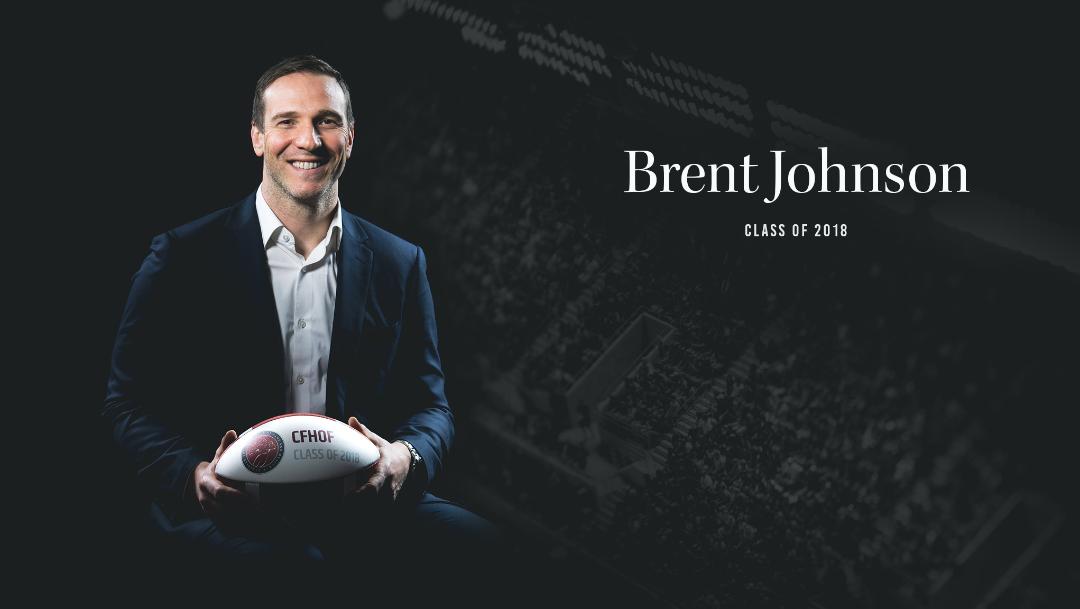 Six years after his last game as a professional football player, Brent Johnson still looks back at it all in awe.

“Professional sports and specifically football, it’s a very high-intensity arena that you play in,” he said.

Through his 11-year career with the BC Lions, the Kingston, Ont. native admits he was lost in the moment. It’s impossible not to be.

“During the game, you really have to live in the moment. There are so few times in our regular lives, the jobs of that you would normally do, like an office job or construction, whatever you’re doing, that you need that level of presence,” he said.

“The players, the teams I got to play with, the intensity of it all, it doesn’t replicate itself in other places in life. I don’t miss it because I got my fair share of it but you didn’t know how intense it was until you left the game. From the outsider now looking in, you’re like, ‘Holy cow. I used to do that stuff.’ You almost can’t believe it.”

Whether you were on the field or watching in the stands, Johnson’s career was unbelievable. While he was winning a Rose Bowl and a Sugar Bowl with Ohio State, the Lions took him in the third round of the 2000 CFL draft. Cut by the Jacksonville Jaguars in 2001, Johnson thought he might be done with football. He signed with the Lions thinking his two-year contract would be the only one he’d sign.

“It was refreshing. I just remember having a ton of fun playing football again,” he said. “It was just fun again. I don’t know what it was the speed of the game or just the openness of it all…I really started to enjoy it and I really fell in love with playing again. Two years turned into 11.”

“The unfortunate part is we only won one Grey Cup,” Johnson said.

The 2006 Lions won 13 games, crushed Saskatchewan in the West final and downed Montreal 25-14. Johnson mentioned Hall of Famers Dave Dickenson at quarterback and Geroy Simon at receiver, a stout offensive line and an outstanding defence with fellow 2018 Hall of Fame inductee Barron Miles at defensive back.

“We really should have won a lot more cups but regardless we took one home in ’06,” he said.
“From 2004 to ’07, ’08, it was a nice run before we had to start really thinking about rebuilding again. A lot of that had to do with Wally (Buono) came in, Bob Ackles came in and became the president. We had a level of professionalism. We had a culture of winners, players that were willing to do what they had to do to win. We bred this in the culture at that time and it was really special.”

Johnson’s second Grey Cup win came with the 2011 Lions. That team started the season 0-5 and made history by digging out of that hole to win a championship.

“We pretty much wrote ourselves off, almost,” Johnson said of that incredible season. “Then it started to click. We just found our footing.

“The 2011 team just got nasty and that was our key to success, to play with reckless abandon. I remember getting to the point saying, ‘What’ve we got to lose? We kind of suck already, and we’re not playing that well but we know we’re good. We have to go out and prove it.

“Why don’t we just play fast and loose and stop caring where the chips fall, just go out and play nasty and with a chip on our shoulder and let the chips fall where they may? We can live with that.’”

Johnson said the team took ownership of itself.

“You just weren’t worried about film on Monday if you made a mistake,” he said.

“Sometimes coaches can get too involved, and we took (ownership) away from the coaches and it became it was us against the world. That can motivate and bring a better playing level, a higher level of play out of people and we just got after it. It was fun. I had a ton of fun playing that year.”

Today, working as a portfolio investment advisor at CIBC Wood Gundy in Vancouver, Johnson’s still on a team, albeit a smaller one. He thinks about the high-intensity, all-in vibe that came with his football life, but knows it has faded.

“I don’t think you can fill that void. I think you get the opportunity in the confines of football and sport and the game to sort of fill that void or fill that need and then it’s gone,” he said.

“It’s just a level of intensity and it won’t be replicated. It can’t be replicated in real life because no one would want to work with you,” he laughed and thought about how to word it best.

“You just couldn’t do it in an office environment, that’s for sure.”