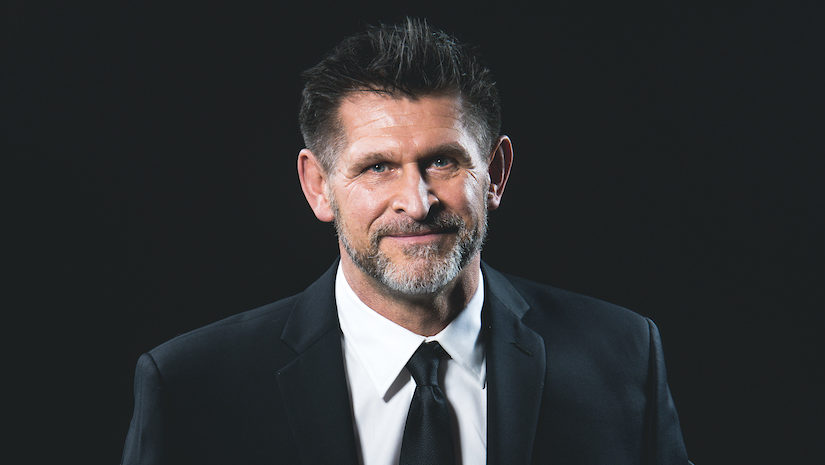 He was 17 when the Edmonton Eskimos signed him and just 18 when he made the team, a prodigy punter with a leg that performed like it was 10 years older than the rest of his body.

Hank Ilesic, a senior at St. Joe’s High School in 1977, walked into an Esks’ locker room that was on the verge of a five-in-a-row dynasty and didn’t flinch.

“Not at all,” Ilesic coolly said on Wednesday night, after his induction to the Canadian Football Hall of Fame had been announced.

Just the second punter to ever make it to the hall of fame, Ilesic’s journey into Canadian football is in many ways the perfect story. He grew up in downtown Edmonton, idolizing the Esks as a child. He’d obsess over the games and would watch the team practice every day. Every night, he’d think about the time that he’d get to put that jersey on.

Going to that training camp in 1977 was supposed to be nothing more than exposure to a higher level of football for a promising young athlete.

“There was no pressure on me. There was no expectation on me to make it,” he said. “I didn’t know any better. I just wanted to contribute. I played for my idols. They raised the bar and I had to go. I was always prepared to face a challenge.”

He took the starting job in his rookie season and never looked back, an elite punter in arguably the greatest locker room in CFL history. Surrounded by excellence, Ilesic knew he’d only continue to improve; even if he was half the age of some of the players.

“They took me under their wing. It was a veteran ball team and they knew how to do it,” he said.

He played 261 regular season games, 18 playoff games and in nine Grey Cups through 20 years. He is an eight-time CFL All-Star and led the league in punting average six times. He also holds Grey Cup records for the most punts (64) and most punting yards (2,735).

Ilesic picked up five Grey Cup rings in Edmonton and two more in Toronto, where he played from 1983 to 1993. He spent the 1995 season with Hamilton, went to BC in 1998 and in 2001, when Sean Fleming was lost for the season with a knee injury, a 42-year-old Ilesic got a call from Edmonton to suit up for the final four games of their season. It was the full circle moment that capped his playing career.

Today, Ilesic looks like he could still play and says he’s in the best shape of his life. He runs a high performance gym in Orillia, Ont. where he mentors kickers and helps them find scholarships. Who better to teach the secrets of the craft than a prodigy that realized his talent?
“You have to pass the torch. I’ll share my knowledge,” he said. “There’s nothing better than watching a player develop and make a connection that will change their lives, get them a scholarship and get them an opportunity to go beyond that.”

Long after they’ve left the game, so many athletes miss the cheers of the crowds. Ilesic always used it differently.

“With my position, you can only take 10 seconds. You don’t know what’s happening around you because your head is down,” he said.

He thought he had the perfect ending in 2001, when he was back where his career started, the old head in the room to bookend the baby-faced high school punter that first walked in. Then he found out he was going to the hall of fame.

“It’s an honour, a special club,” he said. “Not too many players get a chance to get inducted.”

Ilesic will go into the Canadian Football Hall of Fame as a player with Scott Flory, Tommy Hugo, Brent Johnson, Barron Miles. Frank Cosentino will be inducted as a builder and Paul Brûlé will go in as an amateur player. Hugo passed away in 2004 at the age of 74.

The induction will take place in Hamilton on Sept. 14.