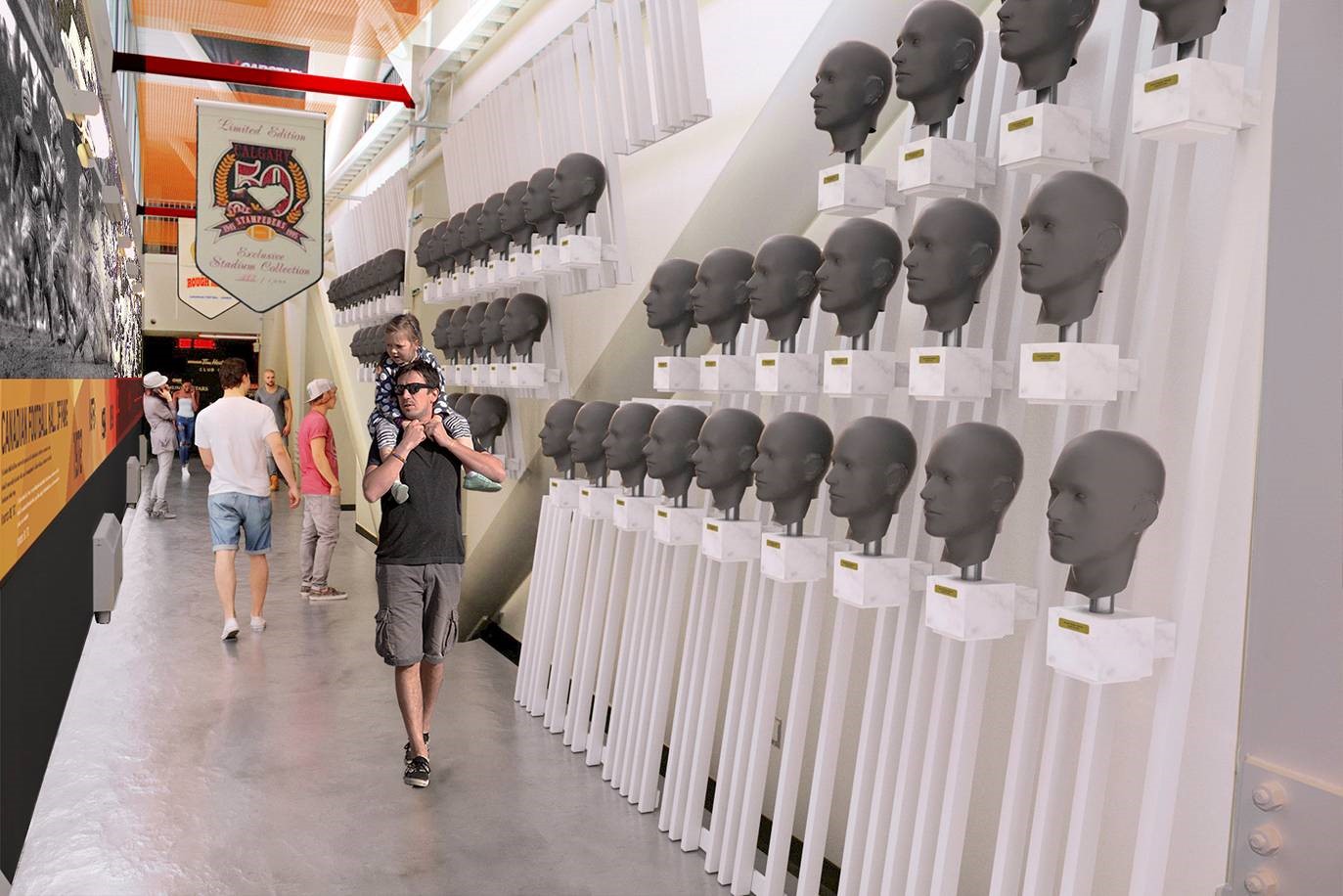 HAMILTON — The Canadian Football Hall of Fame and Museum, in conjunction with the Canadian Football League and the City of Hamilton, announced Thursday that the third and final phase of the CFHOF and Museum’s relocation process to Tim Hortons Field will be completed in time for the start of the 2018 CFL season.

The completely redesigned and refurbished 10,000 square foot club level at Tim Hortons Field will feature all 289 Hall of Fame busts on display, state-of-the-art digital technology integration, plus interchangeable displays highlighting many curated artifacts dating back to the origins of Canadian football. The climate controlled space, which spans 110 yards from goal line to goal line, also features premium amenities back dropped by beautiful vistas of the playing field and Hamilton’s escarpment.

“The new Hall of Fame on club level will combine a unique gameday viewing experience, including a premium food and beverage service, with the most modern ideas to display our most cherished artifacts,” said Mark DeNobile, Executive Director of the Canadian Football Hall of Fame and Museum. “It will truly be a destination for CFL and football fans nation-wide to see our sport’s great history in 2018 and beyond.”

The display of the Hall of Fame busts, or Legends Row, was originally conceived as a free standing pavilion adjacent to the Coors Light Patio in the north endzone of Tim Hortons Field. After further analysis it became apparent that a superior experience for Hall of Fame members and fans, including more hours open and accessibility for community use, would be delivered if the third phase of this project was constructed on club level.

“Hamilton has a rich history of football and has been home to the Hall of Fame for nearly 50 years,” said Rom D’Angelo, Director, Facilities Management and Capital Programs for the City of Hamilton. “We’re excited that Tim Hortons Field will now host not only the best current players in Canadian football every season, but also an opportunity for fans to reconnect with the game’s greatest players, builders and most memorable moments. It will be something Hamiltonians, Tiger-Cats fans and football fans across the country can be proud of.” 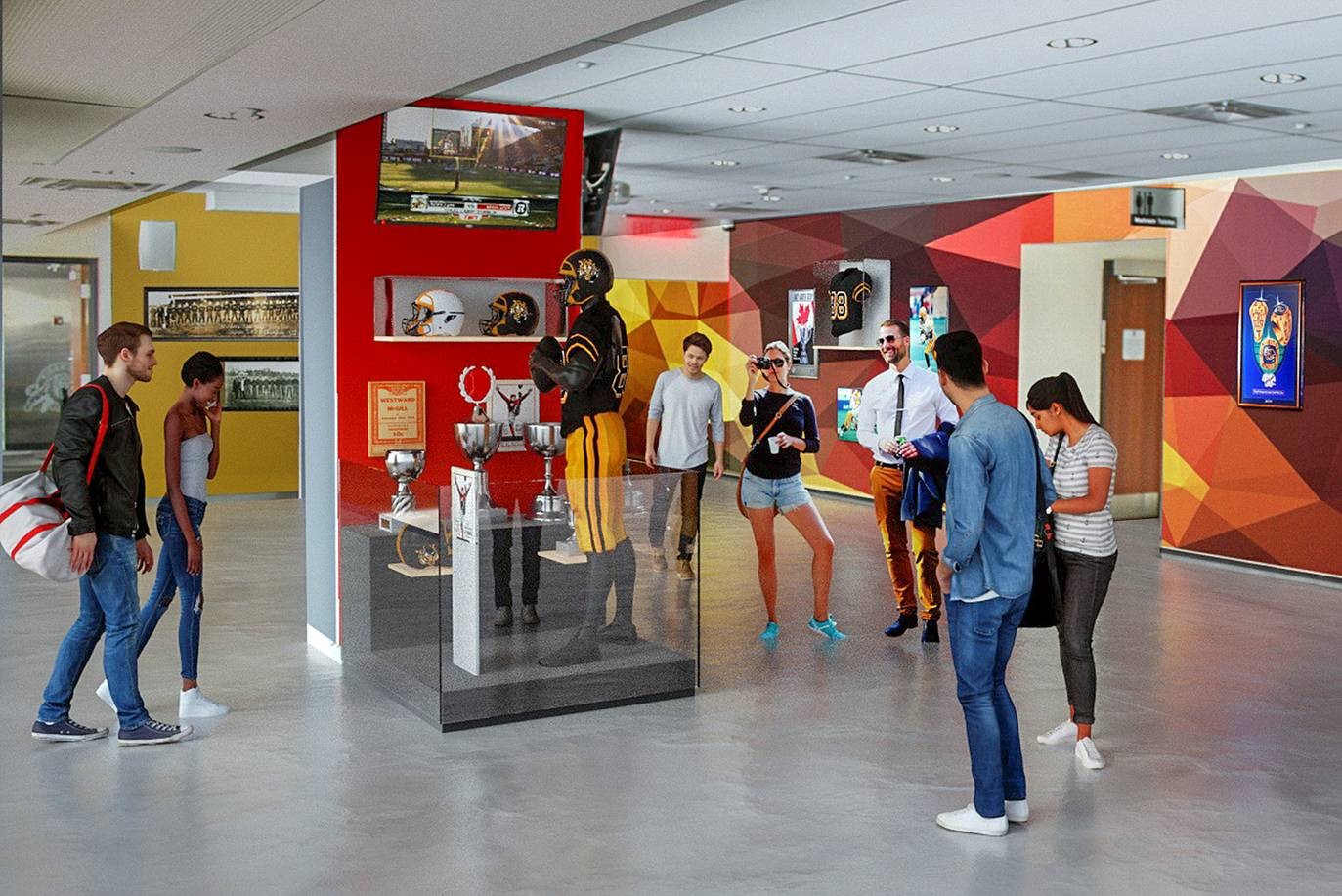 Since 1972, the finest players and builders in the game of Canadian football have been enshrined forever in Hamilton. After 46 years at 58 Jackson St. West, the CFHOF and Museum’s full integration into Tim Hortons Field will be completed in May, including the infamous ‘Touchdown Statue’ which is being relocated to Gate 3 on Melrose Ave. The first two previously completed phases included the Grey Cup display at the Gate 3 Premium Entrance, and the Media Hall of Fame Wing in the press box that honours the selected reporters and associated media members.

Upon completion, the new Canadian football shrine at Tim Hortons Field will be open for free to the public year-round on Wednesday evenings and Saturday mornings. In addition to Tiger-Cats club level season seat holders, who will enjoy a new and innovative premium hospitality gameday experience, all fans with a game ticket will be able to access the club 15 minutes following the conclusion of each game.