Star-studded Hall of Fame class ready to take a bow 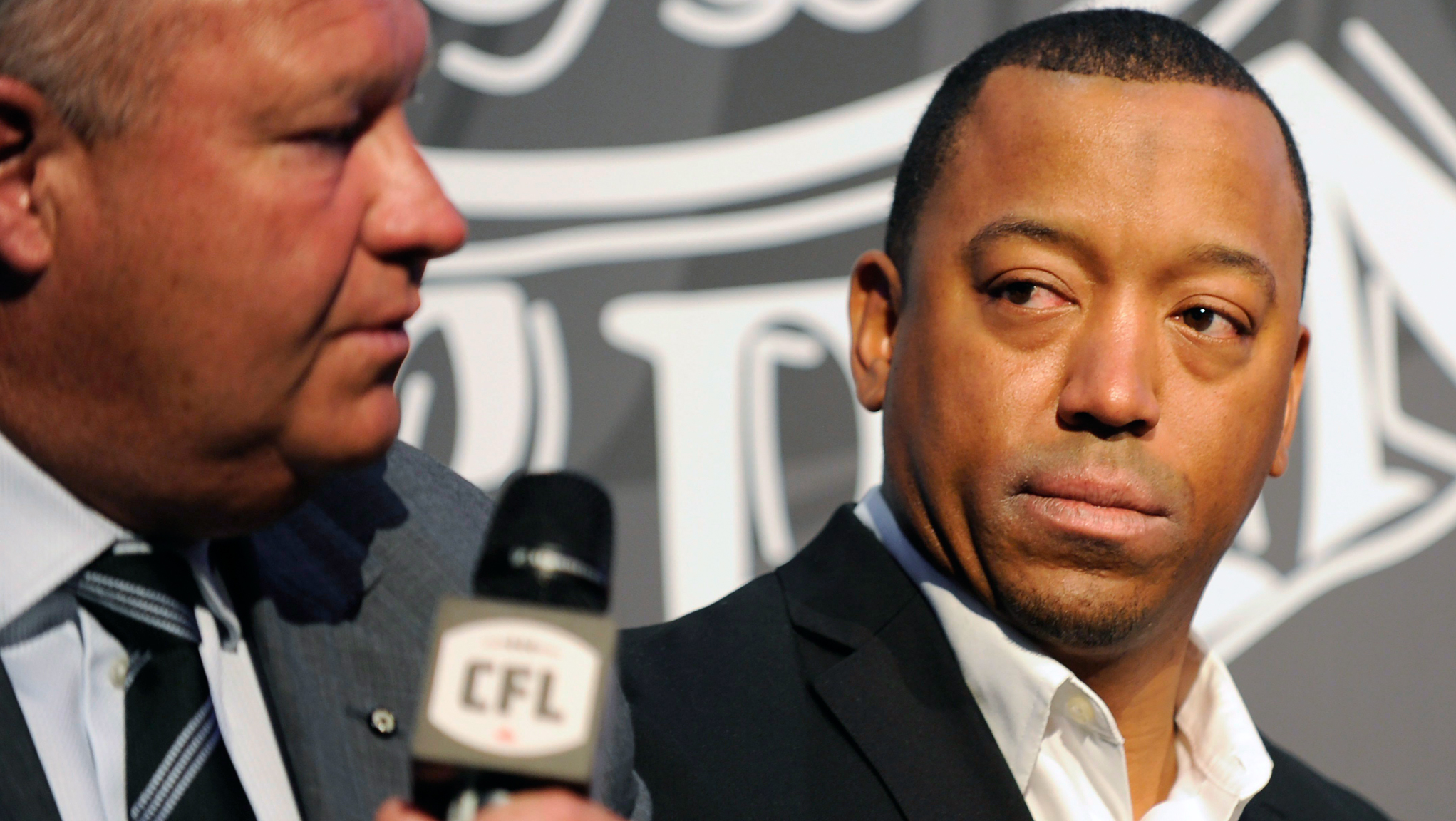 Geroy Simon is the CFL’s all-time receiving yardage leader, but he has one more reception to make next week, one he never imagined.

Simon is among the star-studded class to be honoured at the 2017 Canadian Football Hall of Fame Induction at Tim Hortons Field on Sept. 14. The Thursday night dinner and celebration honouring the six inductees will be followed by Friday night’s Hall of Fame game between the host Hamilton Tiger-Cats and Saskatchewan Roughriders.

It was less than four years ago that Simon capped his storybook 15-year CFL career by helping the Riders to a Grey Cup title, the third of his career. The six-time CFL All-Star retired as the league’s all-time leader in receptions (1,029) and receiving yards (16,352), while also claiming the Most Outstanding Player Award in 2006 with the B.C. Lions.

“It’s a truly humbling feeling knowing that all the work you put in over the years and all the success you’ve had –and even the bad moments –has finally paid off and you’re being recognized for all those moments you’ve had in your career,” said Simon, who remains involved with the Lions in player development. “To be a Hall of Famer, it’s hard to even put in words, because of where I started – at one point, I couldn’t even get a sniff from any team in professional football and then to be inducted into the Canadian Football Hall of Fame is something truly remarkable.”

Simon was raised in Johnstown, Penn., and knew little about the CFL until he attended the University of Maryland. After spending some time on the Pittsburgh Steelers’ practice squad, he crossed the border in 1999 to join the Winnipeg Blue Bombers, before a 12-year run with the Lions.

“When I first came to the CFL, I figured I was going to have two great years and go back to the NFL,” he said. “I didn’t know I was going to come up to Winnipeg and fall in love with the country in general and decide to stay here. It’s something I never dreamed that I would be here.

“I always believed in my abilities. I knew I had a God-given gift that I just wanted to go out and showcase. I think at one point, a lot of people didn’t appreciate that and that’s why I couldn’t get an opportunity. Knowing I had that gift, I never rested on the fact that I had the tools. I always went out and worked to perfect my craft and help the team and help other players get better. It’s definitely given me some gratification getting the call from the Hall of Fame.”

Simon will be in good company among some of Canadian football’s all-time greats during Thursday’s induction. The class also includes:

Anderson, the CFL’s Outstanding Rookie in 1996 who helped the Stampeders win Grey Cups in 1998 and 2001, retired in 2003 and is now working as a control room operator at a power plant in Missouri, where he starred in college. His 12-hour shifts limit his involvement in football these days, but he did serve as an assistant coach for a high school team last season and intends to get involved in coaching again.

“I’m a bit nervous about it all, but I think it will hit me when I get there and take in all the surroundings,” Anderson said of next week’s festivities in Hamilton. “It was a great time in the CFL. I tell people all the time, I don’t miss the game so much as I miss being around the players – the late nights, the off days, spending time with the team.

“This is very rewarding. It shows my hard work paid off. I always took pride in being there for my team, for my coach (Wally Buono coached him for each of his eight CFL seasons). When I was playing, I just wanted to make the team. This (the Hall of Fame induction) is amazing to me. It’s one thing I didn’t think I would ever achieve.”

Towriss, who stepped down as head coach of the Huskies last December after 33 years at the helm, has had a more relaxing summer than he’s used to, not having to focus on recruiting or training camp. He has kept up with CIS football as the new season gets started, but there has also been some extra time to prepare for the Hall of Fame festivities next week.

“I’m certainly honoured to be going in with these guys,” Towriss said. “I know most of them and they’re all great men.

“It was a surprise in the spring when I received a call that quickly. We’re really looking forward to next week. My whole family is going to be able to go – I didn’t know whether both kids would be able to make it, but they’ll be there. It’s a tremendous honour and we are looking forward to the evening and the game the following night and everything else.”

Towriss is staying involved in university football on his own terms, but his 33-plus years of involvement have provided lifelong friendships and memories – many of his former players have also become involved in coaching and stayed in touch.

“Throughout the years, there have been a lot of great young men who have gone through the program and I’m proud to be associated with them,” he said.

Schwartz, who spent eight seasons as President of the Stampeders, retired from the team’s front office in January, leaving a model CFL franchise on and off the field.

Upon receiving the call from the Hall of Fame last winter, he said his first thought was with the people he has worked with – the ownership group, coaches, players and most importantly, the fans.

“Without the support from the fans, you don’t have a football team,” said Schwartz. “Winning Grey Cup championships and playing in and hosting Grey Cups, those are memorable times that you’ll never forget, but credit is all due to the organization, it’s not one person or one player.

“It’s a recognition that is never expected,” he said of getting the Hall of Fame nod. “It’s a tremendous honour for myself and my family. Any award like this, I always like to accept it on behalf of so many who work so hard in this business. There are so many volunteers who are very seldom recognized.”

Tickets for Thursday’s Hall of Fame induction dinner and ceremony are available by clicking the link below: