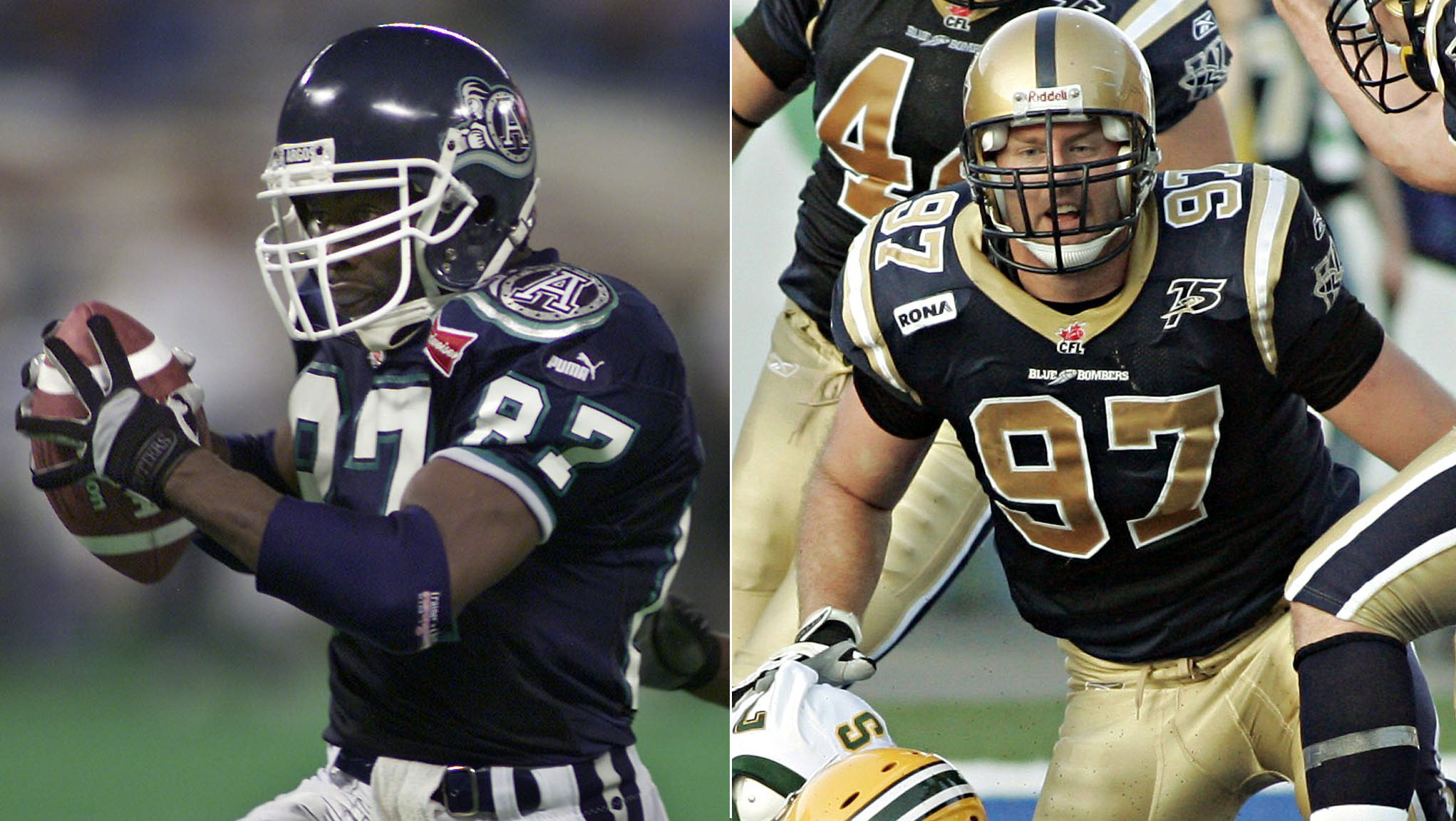 TORONTO — The Canadian Football Hall of Fame game is returning to Hamilton this year as the class of 2016 is introduced at halftime and inducted into the Hall during the Tiger-Cats’ home game against the Montreal Alouettes on September 16th at Tim Hortons Field.

The 2016 inductees, who were announced during the 103rd Grey Cup Festival in Winnipeg last November, will also be honoured at a VIP event on September 15th at Tim Hortons Field. This year’s class includes: Don McDonald in the Builder category, and CFL greats Doug Brown, Rodney Harding, Derrell “Mookie” Mitchell and James West as players.

“The Canadian Football Hall of Fame Game is one of our league’s great traditions where family, friends and fans come together to celebrate the very best in our game,” said Scott Mitchell, Tiger-Cats CEO. “The induction festivities were hosted in Hamilton from 1972 to 2008, and we’re proud it’s back in our city in 2016.”

“I would like to once again thank the Selection Committee for their commitment and dedication in selecting yet another excellent and deserving group,” added Mark DeNobile, Executive Director of the Canadian Football Hall of Fame and Museum. “This is the fourth class selected under the new terms of reference under which we proudly recognize all levels of Football in Canada.”

A special Hall of Fame Game ticket offer is available at Ticats.ca/tickets including two tickets to the game on September 16, a chance to take part in a private VIP autograph session with the inductees, and a $20 Tiger-Cats Shop gift card.

There will be a public autograph session with the 2016 Hall of Fame class prior to the game in the south plaza of Tim Hortons Field.

The new inductees will bring the total number of Hall of Fame members to 283 in the area featuring busts of each member of the Hall that will be located at Tim Hortons Field. The Hall of Fame Induction Dinner was hosted in Hamilton from 1972-2008; 2016 will be the first time induction events will be held in Hamilton since that time.

“Every one of the gentlemen in the 2016 class had a positive impact on the growth of football in our country, and for that we are forever indebted to them,” added CFL Commissioner Jeffrey L. Orridge. “This gathering of our football community provides us all with an opportunity to acknowledge, remember and thank each of these worthy inductees with the recognition they deserve.”

The Canadian Football Hall of Fame and Museum operates as a non-profit registered charity and has been located in Hamilton, Ontario since 1963. Moving to Tim Hortons Field in 2017, it is home to more than 80,000 Canadian football artefacts, ranging from equipment and trophies to photos and videos