A new vision for the Canadian Football Hall of Fame 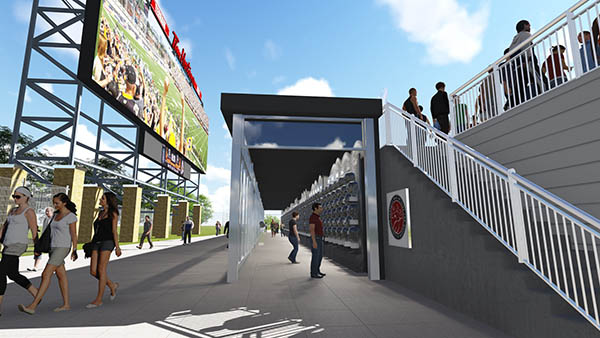 “Our shared vision is to take the Hall of Fame to where the fans are,” said Jeffrey L. Orridge, Commissioner of the Canadian Football League.

“In this way, we can give our most faithful fans the best opportunity to relive tremendous memories, our youngest fans the chance to know and understand our history, and, most importantly, our legends and their legacy the respect they truly deserve.”

League officials have been working with members of the Canadian Football Hall of Fame’s governing committee and staff at Hamilton City Hall on a new plan that has been sent to Hamilton City Council for discussion on June 30.

If adopted by Council, it would:

• Reserve the special climate controlled basement of the Jackson Street building, designed for the preservation of artifacts to museum standards, for Canadian Football Hall of Fame storage until 2025.

“This plan will evolve and our members and their family and fans will be at the heart of its’ evolution. But this represents a giant step forward from the status quo.”

The 1968 agreement between the CFL and the City of Hamilton that governs the Canadian Football Hall Fame expires in 2018, further necessitating change.

“The purpose of a Hall of Fame — to ensure that our best and brightest are immortal and their stories are timeless – remains the same,” Orridge said.

“But to fulfill that purpose, in a digital age where people and information are more mobile than ever before, we need to change with the times, and be where the people truly are. This proposal does that. It elevates the Hall and amplifies its reach.”